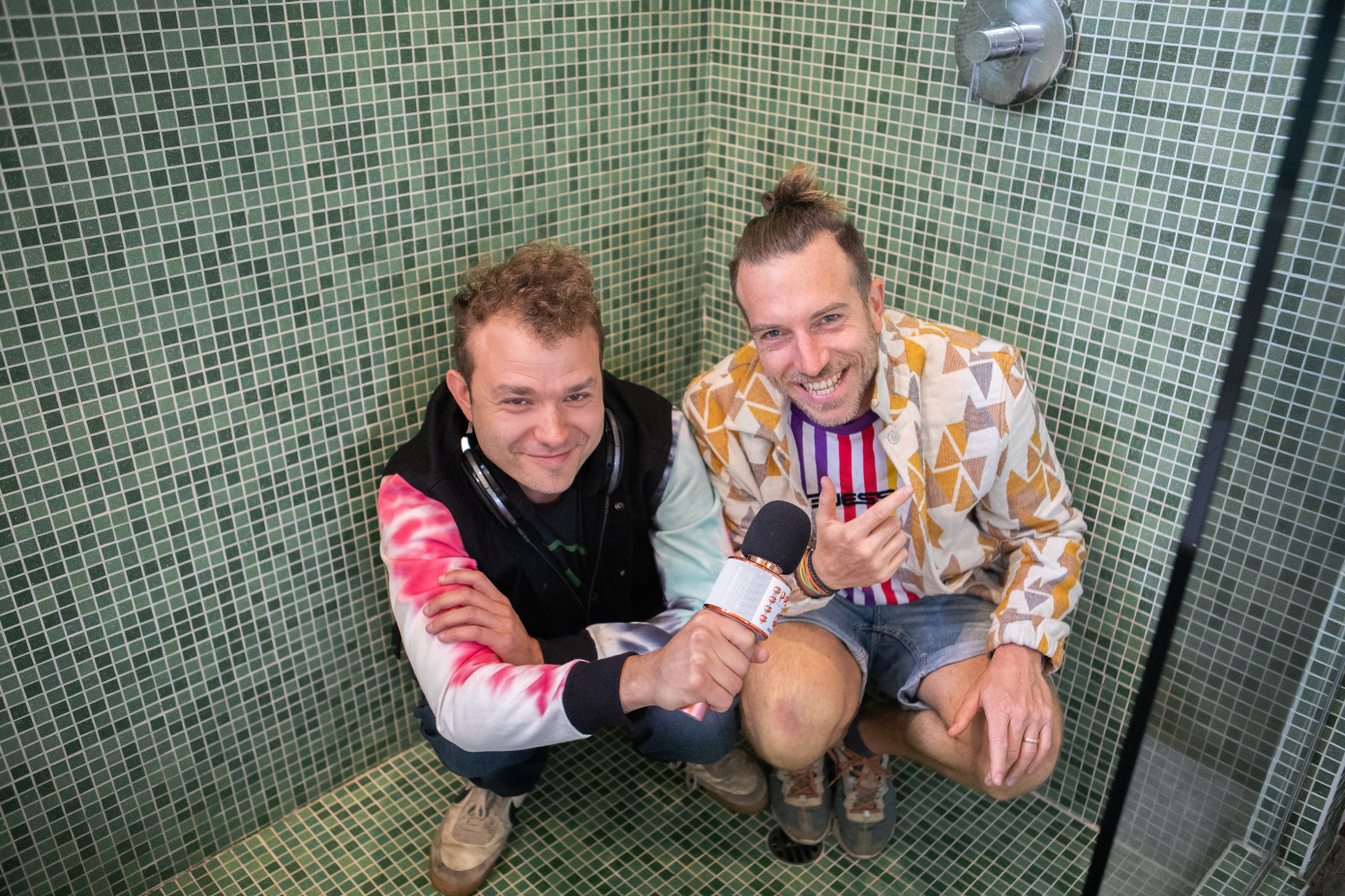 After living through the global upheaval of the COVID-19 pandemic, many workers are re-evaluating their career path. Stefan Heinrich Henriquez, a former head of Global Marketing at TikTok and chief marketing officer at Cameo, is one of them.

“I have been thinking about music since my time at TikTok, and I was really thinking about building something on my own, but then it took me another year to finally have the guts to do it,” said Henriquez. “Then when the pandemic started, I think so many people were thinking about like, ‘What am I doing with my life?’ ”

Mayk.it wants to help people easily produce, own and share music that they can create using just their phone. Users can upload their own beat or select an existing beat from another user, then add vocals (voice effects and somewhat corny lyric generators are available if you’re shy), and then add a visual from Giphy. Once you make (or, “mayk”) something, you can post it on the app, where other users can see it via a discovery page, which categorizes music by feeling or theme, rather than genre.

Mayk.it also poses “ideas,” or prompts to spur creativity, like “What is your pet thinking about right now?” or “Make a song about your first crush.” There’s also a Tinder-like tab that lets you swipe left or right on songs — if you really like it, you can leave a comment (called an “encouragement” in an attempt to keep things supportive) or remix it. 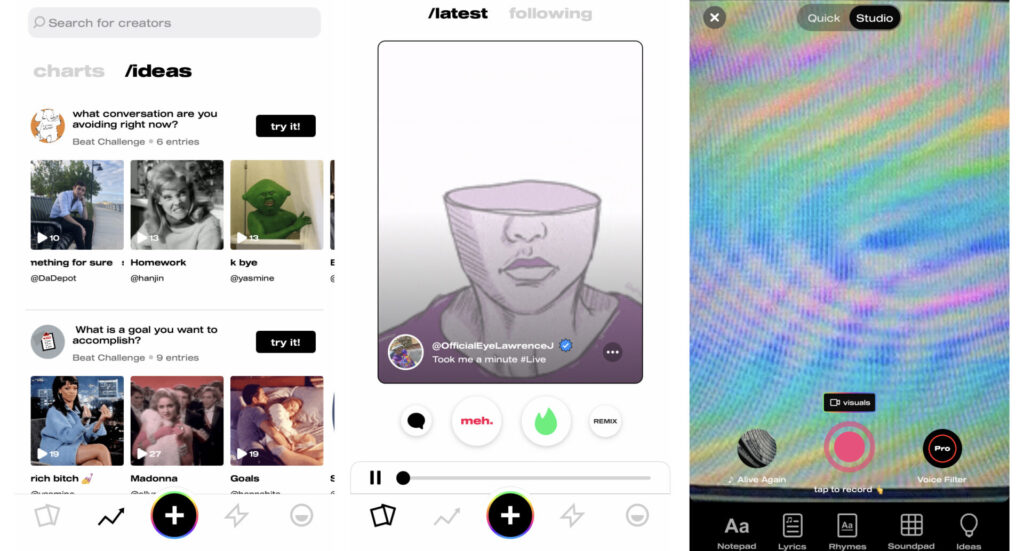 Of course, for creators who might want to get a bit more serious about their creations, remixing and collaborating poses a question of ownership — if someone writes a beat and another user sings over it, who owns it? While you can’t monetize music on mayk.it, you have the right to export it and sell it elsewhere. Henriquez said that anyone involved in the creation of an audio clip or song on the app gets an equal cut, so the beat-maker would get 50% of any profit, and the singer would get 50%. Mayk.it doesn’t take a cut.

Right now, mayk.it doesn’t have in-app purchases, but Henriquez said that down the road, it could be possible to profit from working with brands or establishing an in-app marketplace. For now, mayk.it is focused on using its seed funding to add new features, improve the product and build a tool that inspires creativity — Henriquez added that, as an LGBTQ+ founder, it’s important to him that users can find community on the app through its social features.

“When I worked at YouTube, you really needed to know Adobe Premiere and After Effects,” said Henriquez. “And what I learned since Musical.ly and TikTok is that you could be a video creator or an actor without having to go through all these things. I think Roblox is doing that now with games, and Canva is doing that with design tools.”

Mayk.it wants to be like a Roblox or Canva for music composition and sharing. You can’t currently create something on mayk.it that sounds like it came from an artist who’s mastered Ableton, but something from mayk.it could easily make the rounds on TikTok.

Though mayk.it is now in the App Store, there’s a waitlist to gain access — but you can also test your skills with a “vibe check,” which invites you to make a song and see if existing users will right-swipe you in. Not to brag, but we passed.