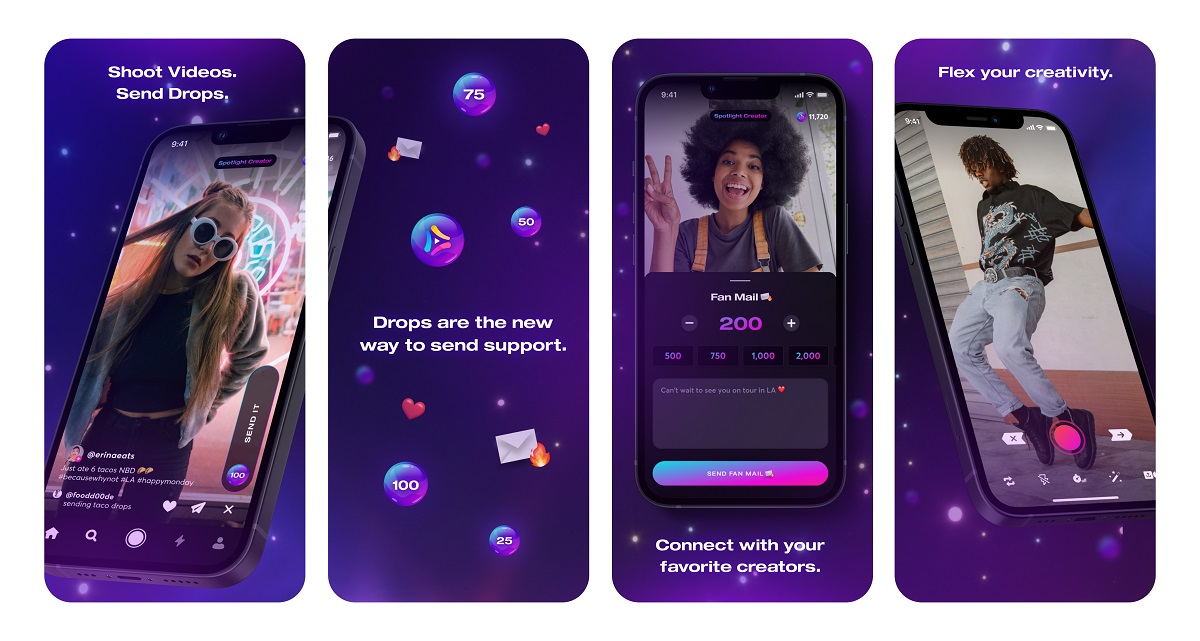 Clash has raised $9.1 million in funding and today it is launching Drops, which are in-app digital goods that fans buy to give to their favorite creators.

Drops are akin to tips in the real world. When fans buy them and share them with creators, it’s akin to putting money in a tip jar laid out in front of your favorite neighborhood entertainer.

Creators can cash the Drops out for U.S. dollars once a month, once their drops total 2500, which translates into $25. The creators get 100% of the proceeds. As of now, Clash is taking no proceeds.

This is the latest idea from Brendon McNerney, Clash’s cofounder. Back in the day, McNerney had more than 700,000 followers on Vine, the short video-sharing network that blossomed on Twitter. But McNerney found out while on an airplane that Twitter was shutting Vine in 2017.

“[Getting popular on Vine] was a nice little happy accident in my early 20s,” McNerney said. “I was shooting dark, self-deprecating Vine videos, and building up an audience. That feels like a lifetime ago. It was the glory days of Vine. When it had its unfortunate demise, it was crushing and heartbreaking in many ways. And after that, I shifted over the professional side of the creator business.”

Vine’s demise made him move on to something new. He was still on social media, but he also delved into startups. Last year, he cofounded Clash with digital marketing expert and content strategist P.J. Leimgruber. They made it for die-hard fans to show their love for creators, who need all the help they can get monetizing their hard work.

“I like thinking of Patreon, and if Patreon was built today, what would it look like?” McNerney said. “The biggest thing that I can solve as a former creator is to enable creators to create full time. And so if they’re working in a coffee shop and making videos, that actually doesn’t help them do it full time. And so if we can start with the creator with 1,000 fans or even 100 fans, and enable them to make some bucks, they can start to see at the end of the month that the scales are tipping and they’re becoming creators.”

Drops have been in the making for a while. Clash acquired Byte, the popular video platform that’s often been referred to as “the sequel to Vine” (it was created by Vine creator Dom Hoffman) earlier this year. And now it’s using the best of Byte’s features with its own unique monetization and engagement tools to redesign the entire experience of creating, sharing, engaging with and getting compensated for one’s content.

“I saw this massive void. For my creative that shoot videos on their phones, I thought I could make this easy and fun for them to shoot videos and receive support from their fans,” McNerney said. “I started with that idea, and last summer we launched the video version of the platform. And we saw you could send a Drop with a fun little message of support, saying keep going.”

And, unlike other social platforms, Clash puts the creator ahead of brand-led algorithms and advertising models by incorporating proven transaction models and no barriers to entry — thereby simplifying, streamlining, and democratizing the content creation and compensation ecosystems.

A follower count doesn’t necessarily carry the same weight on Clash, because it is a platform that recognizes the depth of a person’s following, rather than just the width of it, McNerney said.

Drops empower the many different ways in which fans can engage with and show support for their favorite creators, he said. These digital goods can be gifted endlessly to any/all creators inside the Clash economy and redeemed in full each month.

On Clash, sending Drops to your favorite creator is as easy, ubiquitous and seamless as liking or commenting on a video — thereby fostering a culture of reciprocity not just rooted in traditional engagement metrics but in real-world recognition and financial appreciation of one’s creativity.

Clash has also created Fanmail, a direct connection between creators and their biggest fans. Fanmail allows fans to send custom Drops and unlock the ability to send personalized messages straight to their top creators, who can then acknowledge and communicate directly with their top supporters.

To spark this sustainable and shared support economy, Clash will gift hundreds of complimentary Drops to new users at launch free of charge, effectively empowering all users to begin paying it forward within the Clash creator economy.

Clash has taken a “no barrier to entry” approach, where a user’s follower count, engagement statistics, verification status (etc.) have no impact on their ability to earn, share and redeem within the app.

Byte’s existing five million users will seamlessly transfer to the new Clash app ecosystem with today’s launch and see a surprise treat in their account upon first logging in: hundreds of complimentary Drops.

In the past year, Clash started raising money and it has now closed $9.1 million in a funding round led by Seven Seven Six, the investment fund launched by Alexis Ohanian (co-founder of Reddit), with additional funding from M13 Ventures and Plug and Play.

“The future of the creator economy will be dictated by strength of connection to community,” said Ohanian, in a statement. “Clash is pioneering a new model that doesn’t just create a new, healthier way to monetize than banner ads, but also fosters deeper connections between creators and their fans. This means better content and stronger communities.”

Users can download the Clash app today through the Apple App Store and Google Play Store or by visiting Clash. The company has 17 employees.