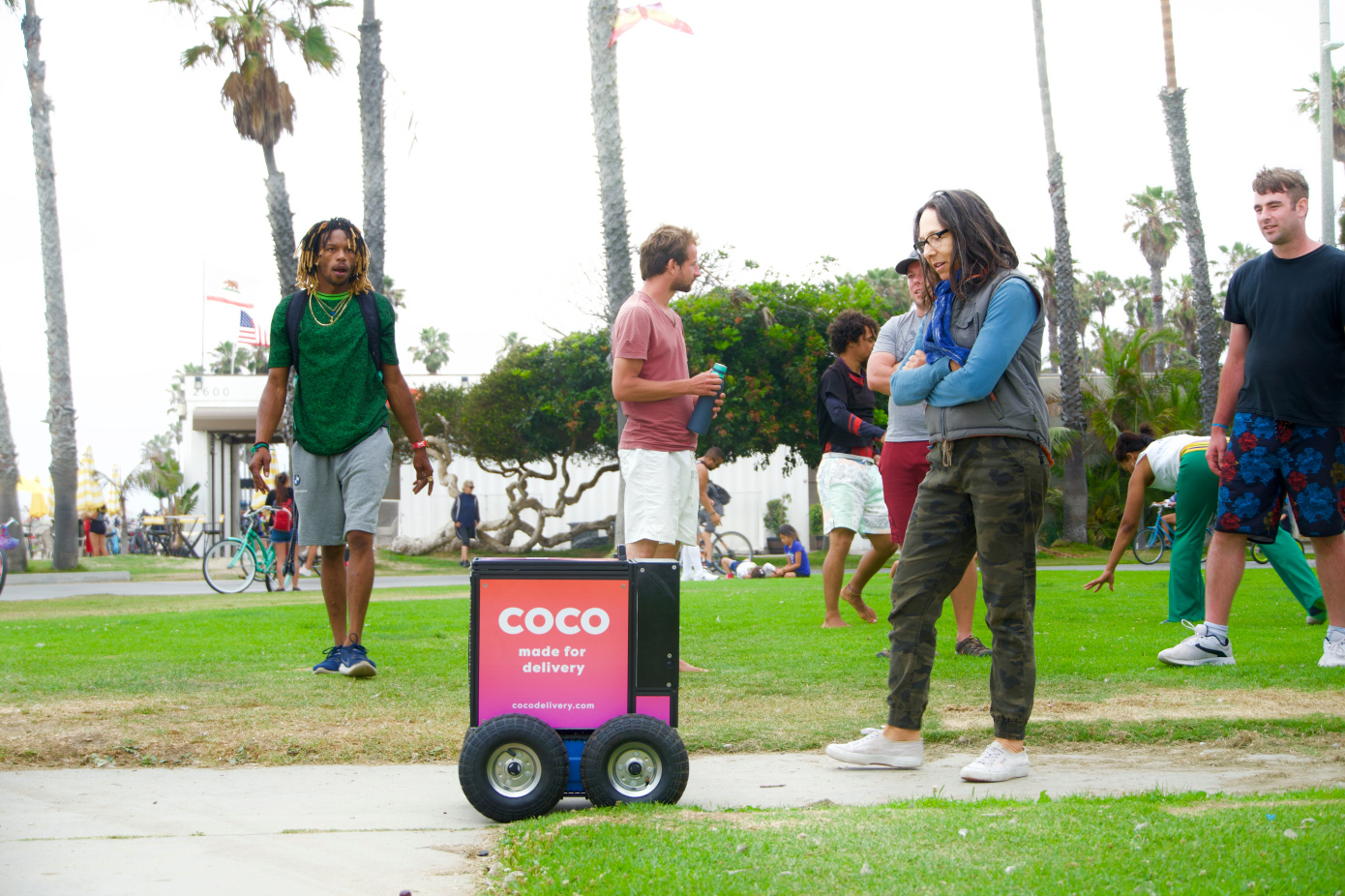 Los Angeles delivery robot startup Coco this week has announced $36 million in funding. The Series A was led by Sam Altman, Silicon Valley Bank and Founders Fund, with participation from Sam Nazarian, Ellen Chen and Mario Del Pero. It brings the company’s total funding up to around $43 million.

“I strongly believe the delivery service industry in its current state is massively under-serving merchants. We have an enormous opportunity to create a better experience for hundreds of thousands of merchants and their customers, today,” co0founder and CEO Zach Rash said in a release. “This is not a research program experimenting with technology to be productized at some unknown point in the future.” 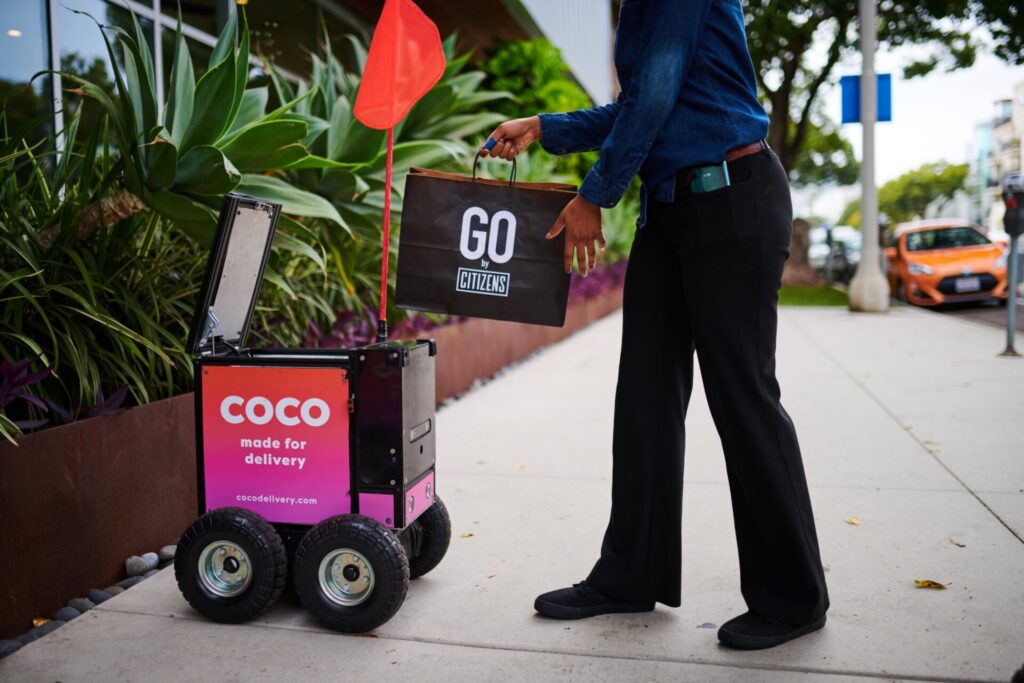 The UCLA spinout, formerly known as Cyan Robotics, is operating in a crowded field that includes names like Starship, Nuro and UC Berkeley alum Kiwibot. Rather than pushing for full autonomy, Coco’s solution utilizes remote drivers (which are a more popular solution than many companies care to admit).

Coco is still young, having launched in February 2020. The company currently has a headcount of 120, with plans to “grow to over 1,000” by end of year, as the pandemic continues to fuel additional interest in robotic deliveries. The new funding will also go toward hardware and additional city launches.

Coco says it has been able to operate with a 97% on-time rate, while reducing delivery times for its clients by around 30%. The company lacks a massive partner like Nuro’s work with Domino’s, though California-based Umami Burger is probably the largest on a list of 18 restaurant partners currently listed on Coco’s site.

“We are currently operating in Santa Monica and in five different L.A neighborhoods,” the company tells TechCrunch.  “Later this year we are expanding into a number of other major U.S. cities. We have partnered with national restaurant brands like SBE (Umami Burger) and are actively scaling across many locations, and we are serving a wide range of family operated restaurants like Bangkok West Thai in Santa Monica and San Pedro Brewing Company in Los Angeles. We are out of the pilot phase and are launching with dozens of new merchants every day.”

Anima Raises $10 Million to Make Peace Between Designers and Developers