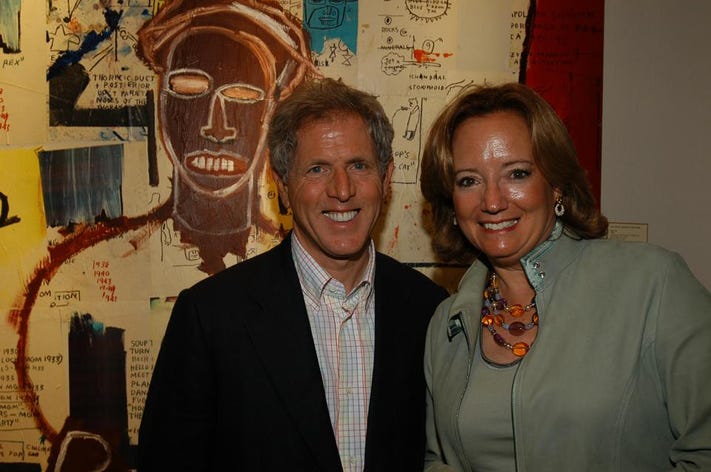 Carter Russ and Chase Payne met in May 2018 while working for different start-up companies in Los Angeles and quickly became friends. That month, the U.S. Supreme Court overturned the Professional and Amateur Sports Protection Act of 1992, paving the way for legal online sports gambling. The ruling also led to Russ and Payne partnering to launch a company, Champions Round, focused on fantasy sports games and betting and catering to a young audience.

Champions Round offers NFL and NBA fantasy sports games through its app, which was updated this week. People can join leagues open to the public or create private leagues for their friends. They can play for free or pay $2, $5 or $10 apiece to compete in a winner-takes-all format.

Russ and Payne would not disclose how many people have participated in games through Champions Round, but they claim 58 percent of the users are between 13 and 24 years old and 28 percent are between 25 and 34 years old.

Unlike traditional fantasy leagues that last throughout the season or daily fantasy sports that allow people to field new teams each day, the games on Champions Round only last a few weeks during the season. Russ and Payne found that most young people get bored with season-long games if their teams are not performing well within the first few weeks, while the daily fantasy games are geared towards more high-stakes betting and aren’t as focused on social interactions as Champions Round.

“We wanted to shorten the game modes and offer more communal opportunities for fans and friends to join together,” said Russ, Champions Round’s chief executive, who graduated from New York University in 2014. “We’ve definitely recognized these shorter game modes are hit with the younger generation of fans. They’re used to communities organizing online, and shorter is always better.”

Champions Round does not yet offer traditional sports betting such as wagering on professional and college games on its app, but it hopes to do so in the coming years. The company now has 10 employees, up from five earlier this year, and plans on adding more engineers to help improve the app.

Champions Round also has been partnering with athletes, including former NBA point guard Baron Davis, on marketing and promotional campaigns. It recently completed a marketing deal with YnG DnA, a clothing brand founded by Zaire Wade, the teenage son of former NBA guard Dwyane Wade. Champions Round and YnG DnA will work together on co-branding initiatives where they promote each other.

Jay Schottenstein, the American Eagle CEO and investor in Champions Round, helped broker the deal with YnG DnA because of his relationship with Dwyane Wade. Russ and Payne expect to complete more partnerships with companies thanks to Schottenstein, a well-connected executive whose family in 2015 was 100th on the Forbes list of wealthiest families with a net worth of $2.7 billion. Ohio State’s basketball arena, the Schottenstein Center, is named after Jerome Schottenstein, Jay’s father who founded Value City Furniture and other companies.

“We’ve already found some strategic benefits (from Jay Schottenstein’s counsel and investment),” Russ said. “It’s allowed us to connect to great marketing partners. It always assists us to be able to have a solid backing by someone who has built such a strong reputation.”

Champions Round also considered taking advantage of the NCAA allowing college athletes to profit off their name, image and likeness and partner with companies. But the company is taking a wait-and-see approach as there is some uncertainty about whether college athletes are allowed to partner with fantasy sports websites that offer paid games. Payne and Russ noted at least one college’s compliance officer did not allow an athlete to partner with Champions Round, and the co-founders do not want to put an athlete’s eligibility at risk until there is more clarity about the NIL rules.

“We see a huge opportunity with NIL, but we’re all learning in real time,” said Payne, Champions Round’s chief product officer whose previous experience included stints at Zynga ZNGA and Electric Arts. “If we can get to a place where there’s better infrastructure around compliance and people getting paid, we think there’s some really innovative opportunities there.”