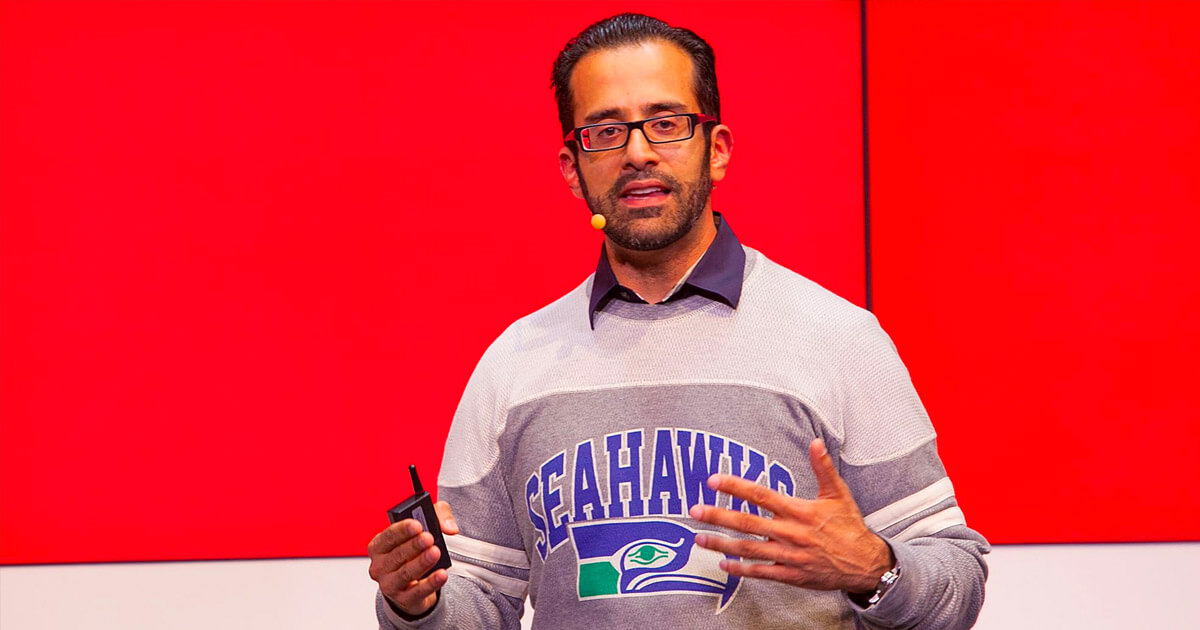 Irreverent Labs caught the attention of Silicon Valley firm Andreessen Horowitz, which just led a $5 million round and has funded at least 50 crypto startups as part of a huge bet on the emerging sector.

Sood said it took just eight days to raise the cash — a testament to his track record in the tech world, his vision for the new company, and the excitement around its technology.

Sood previously co-founded esports betting startup Unikrn, which was acquired this year, and led Microsoft Ventures. But he’s most excited about the potential for Irreverent Labs.

“This is like the highlight of my career,” Sood said. “It’s everything I love all wrapped up into a little project which I think is going to be a real success.”

The company plans to unveil its first game next month, but Sood offered a few details in an interview with GeekWire last week.

The game is set in a metaverse, a vague concept touted by some as the next frontier for online interaction through computer-generated avatars, blending the physical and digital worlds. Microsoft and Meta laid out their own metaverse-related visions over the past month.

Sood said the game’s users will be able to “own” characters in this metaverse that can be bought and sold. That’s where NFTs — non-fungible tokens, or unique digital assets — come in.

Those characters will be powered by AI, so they can get smarter over time, Sood said. There will also be ways for users to earn currency as they play.

The idea takes inspiration from similar games such as Zed Run, the digital horse racing game that garnered attention earlier this year. In Zed, people own and race unique virtual horses referred to “breathing NFTs” that can breed and have their own life. Sood was an early investor in the company behind Zed.

Similar to Zed Run, the game from Irreverent will also feature a breeding aspect.

Irreverent Labs wants to ride the wave of interest in these types of play-to-earn games built on blockchain tech, but also lower the barrier to entry.

Asked about the business model, Sood wouldn’t reveal much but said the company has modeled the first five years of the game’s “economy.”

“[The investors] invested very quickly because they saw the math behind it and the potential of what we’re building, and they believe in it,” Sood said.

The CEO didn’t say who else is working with him on Irreverent Labs but the team has about 16 people, including other former Microsoft leaders.

Sood co-founded Unikrn in 2014 and grew the company into a leading esports wagering company that let people bet on video game matches. The startup attracted investment from celebrity investors including Mark Cuban and Ashton Kutcher. It also ran into legal trouble with the Securities and Exchange Commission.

Andreessen Horowitz, which made early bets on Facebook, Lyft, Pinterest, Coinbase, and other giants, announced a $2.2 billion crypto-focused fund this summer. Interest in crypto is hitting a fever pitch as Bitcoin and other cryptocurrencies reach record prices.