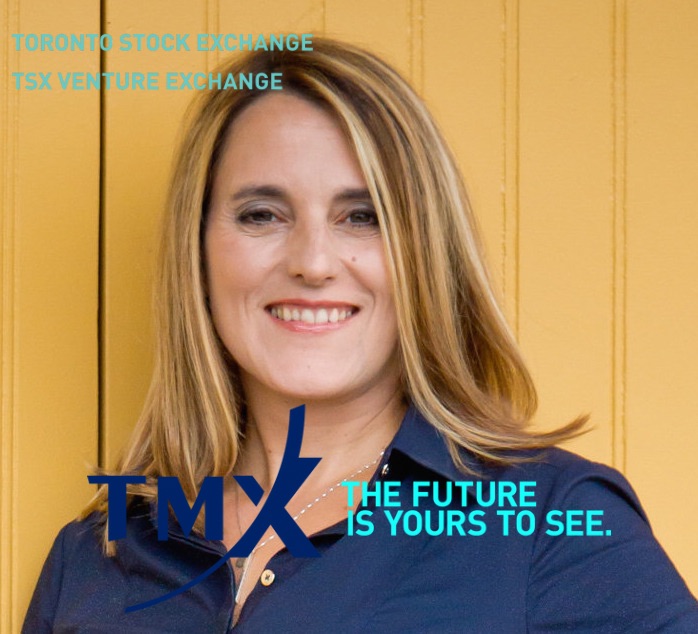 It’s safe to say that 2021 will be remembered as a historic year. Amongst the top headlines of supply chain issues, the great resignation and scattered work environments, companies and their founders remained resilient and continued to innovate. And their opportunity to raise capital in both the private and public markets was significant, as new records were set globally for funding, going public transactions and unicorns.

National stimulus efforts have led to a significant influx in investments from individuals and institutions alike – in the US, federal aid totaled in the trillions, while Canada allocated billions of its own for this purpose. Additionally, the past few years have been a remarkable period of innovation and growth across many industries and  investor demand has reacted accordingly.

The new year will undoubtedly bring uncertainty, as we are seeing with the current market volatility, but it’s still worth taking stock of a remarkable year for the capital markets and why it matters to companies and investors. Here, we’ll explore some highlights from 2021 in the US and in Canada, including the record number of US companies that chose to list and raise capital on Toronto Stock Exchange (TSX) and TSX Venture Exchange (TSXV).

A Boom in the US for IPOs and SPACs

US capital markets saw a significant level of going public activity in 2021 with 397 IPOs… the highest since 2000… raising a record US$142 billion. Led by electric automaker Rivian’s US$11.9 billion IPO, a record 27 IPOs raised over US$1 billion. Companies of all stripes contributed to this growth, but the two most prominent sectors were healthcare and technology, which combined for 69% of US IPOs. With so much innovation in these spaces, especially amid the pandemic, it is little wonder that company leaders are increasingly looking to seize the moment and identify the best way to raise public capital.

This was on trend with private venture funding which also hit a record high in the US of US$311 billion, double from the year before and accounting for half of the global total. The number of unicorns – companies valued at over $1 billion – increased by 69% as the valuations for growth companies were impressive.

As encouraging as this activity was, the bigger story was the significant rise of Special Purpose Acquisition Corporations (SPACs), which emerged from obscurity just a few years ago to become one of the most popular paths to the public markets. 2021 saw 613 SPACs raise US$145 billion and nearly 200 SPAC mergers with companies choosing this listing vehicle over a traditional IPO1. This growth in SPACs is consistent with firms’ desire to access public capital more quickly and navigate volatility more effectively, even if it comes with greater shareholder dilution or heightened risk of capital shortfall. And while there were controversial results to many of these transactions, including the high redemption rate for many SPACs, it cannot be denied the number of companies that took advantage of this path to listing and the market interest to raise capital at high valuations.

Canada Had its Own Boom

Firms in pursuit of this goal are not confining themselves to the US. The Canadian capital markets have experienced explosive growth of their own. 2021 saw TSX post record-breaking numbers in terms of new listings (213, the most in a decade) and total equity capital raised (C$45.9 billion), helping the exchange’s market capitalization to soar over C$4 trillion for the first time in history. And in case you thought it’s only the largest firms that are benefitting, TSXV, which enables companies at earlier growth stages to access public venture capital, experienced its own rapid growth, with 236 new listings and C$11 billion in equity capital raised.

These trends suggest that Canada will continue to be a prime destination for companies looking to accelerate their growth – and that’s especially true for those looking to do so in innovative ways. Like the significant growth of SPACs, TSXV’s mini version – the Capital Pool CompanyⓇ(CPC™) program – also experienced high activity with 88 new CPCs listed in 2021 (up 184% from 2020) and 71 private companies going through a CPC to list on TSXV3.

The Best of Both Markets

Navigating the equity capital landscape is never easy, especially for firms occupying that middle ground between startup status and maturity. Venture capital and private equity represent one option, but this model can become complex and undesirable after multiple funding rounds, with disparate investors holding large stakes and wielding increasingly significant influence over the company. At the same time, it can be challenging to be a small public firm in the US, where the sheer size of the marketplace means investors tend to gravitate toward larger, more recognizable entities, stymieing the potential for a large fundraise.

For US companies seeking an alternative to private venture capital or private equity, there is another option: listing on an incubator marketplace such as TSXV. As a result, a growing number of small- and mid-cap US firms are opting for this route, and the benefits have been vast. Last year, a record number of US companies listed on TSX or TSXV… 25 companies representing varying sectors and geographic regions across the US.

Instead of being drowned out by larger players, listing in Canada can mean timely investment, more analyst coverage and heightened exposure and awareness. A technology firm with a market value of C$1 billion would be one of the largest players on TSX/TSXV, while it would barely crack the top 500 in the US. There’s nothing wrong with being a big fish in a smaller pond, especially when it generates needed growth capital.

Furthermore, TSXV can serve as the starting point for a public fundraising model that scales with company growth. In 2021, a record 36 firms graduated from TSXV to the larger TSX, where many received big liquidity bumps, and there were also a record number (45) of dual listings with US exchanges, unlocking an even larger pool of institutional investors. Today, 225 companies are dual-listed on TSX or TSXV and a US exchange, with the majority achieving their US listing only after doing so in Canada.3

In this way, TSXV and the Canadian markets in general can serve as a crucial stepping stone to a marquee listing in the US. The numbers bear this out: US companies listed on TSX and TSXV reached a combined market capitalization of C$185 billion last year, a 67% increase over the last decade, and raised a total of C$1 billion.

In a diverse and active landscape, this is by no means the only viable route to public capital – but for firms looking to overcome the challenges of more traditional approaches while fundraising in a way that aligns with their growth, it is increasingly an attractive option.

US companies from diverse sectors and regions are looking to TSX and TSXV for their growth capital, choosing TSX/TSXV over private capital options. The Planting Hope Company (TSXV:MYLK), a Chicago-based developer of plant-based food and beverage brands, and Sabio (TSXV:SBIO), a media and technology company in Los Angeles, are two firms that chose the public venture capital route by listing on TSXV in late 2021. Quisitive Technologies out of Dallas listed on TSXV in 2018 and has since completed several additional financings and acquisitions demonstrating the potential of public venture capital to fuel their growth. And the most recent US technology listing, Edge Total Intelligence (TSXV:CTRL) just started trading in late January 2022.

The growth of the North American equity capital landscape in 2021 was unprecedented, but the months and years ahead will see their own share of activity. The significant capital raised in the private and public markets last year increases expectations of robust M&A activities, as companies are poised to deploy this capital through acquisitions.

Every firm has specific goals when it comes to fundraising – but regardless of what those may be, there are many paths to the public markets. With a robust pipeline of companies looking to go public, we look forward to watching the continued evolution of this process as firms continue to prize innovation – not just to enhance their offerings, but to fund them as well.

Copyright © 2022 TSX Inc. All rights reserved. Do not copy, distribute, sell or modify this document without TSX Inc.’s prior written consent. The views, opinions and advice provided in this article reflect those of the individual author.  This information is provided for information purposes only. Neither TMX Group Limited nor any of its affiliated companies guarantees the completeness of the information contained in this publication, and we are not responsible for any errors or omissions in or your use of, or reliance on, the information.  This publication is not intended to provide legal, accounting, tax, investment, financial or other advice and should not be relied upon for such advice.  The information provided is not an invitation to purchase securities listed on Toronto Stock Exchange and/or TSX Venture Exchange.  TMX Group and its affiliated companies do not endorse or recommend any securities referenced in this publication. Capital Pool Company, CPC,  TMX, the TMX design, The Future is Yours to See., Toronto Stock Exchange, TSX, TSX Venture Exchange, TSXV and Voir le futur. Réaliser l’avenir. are the trademarks of TSX Inc. All other trademarks used in this document are the property of their respective owners.

Felt Raised $4.5 Million To Get You To ‘Think In Maps’